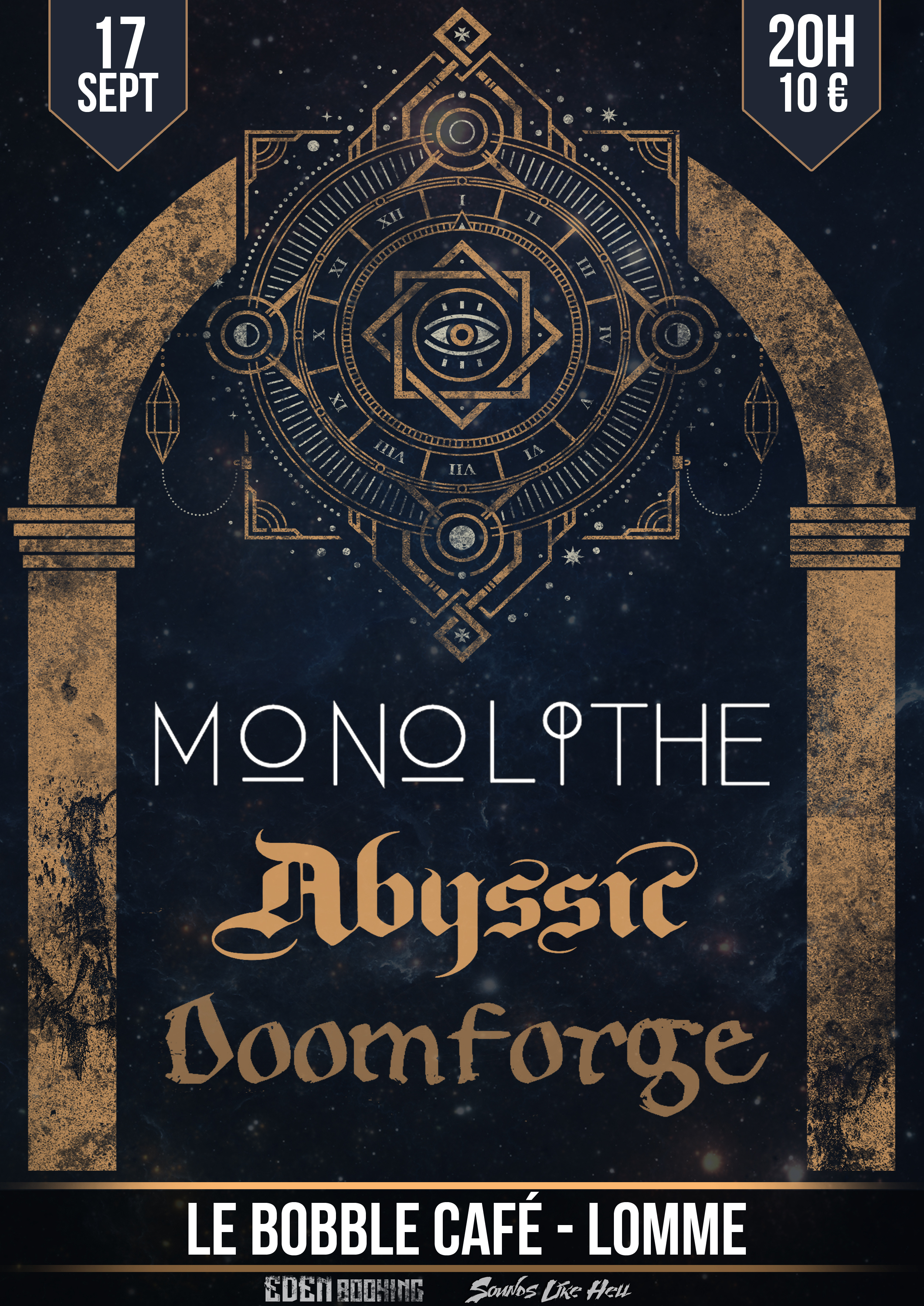 Among the contemporary Doom Metal bands who have risen in the international scene during the last decade, French-based MONOLITHE, whose musical journeys opened up new horizons for the genre, stood out from the mass since its early days.
MONOLITHE’s music needs to be lived more than listened to. Its atmosphere is grandiose and epic. The entire discography is a musical saga that mixes heaviness, mysticism and complex structures tinged with hints of progressive flair. The listener is invited into a world of beauty, horror and nothingness.

Formed in 2001, MONOLITHE is the creation of Sylvain Bégot. Their debut album, “Monolithe I” was released in 2003 (Appease Me…) and started the series of 50-minute, single-track albums which would later become the band’s trademark.
“Monolithe I” was a well-received effort and MONOLITHE were able to establish themselves on the international stage. With “Monolithe II” released in 2005 (Candlelight Records/ Appease Me…) the band maintained they did not want to become repetitive but intended to harmonize their saga by maintaining consistency in their lyrics and music.

With their EPs “Interlude Premier” (2007) and “Interlude Second” (2012), MONOLITHE tried to push the frontiers of the genre by experiencing and using unusual musical vocabulary. These two records have been released on the internet free of charge.

Heralded as a progression in continuity, the third full-length album “Monolithe III” (2012) marked the beginning of a partnership with Debemur Morti Productions. Again, the album met with universal acclaim, allowing the band to reach a new level of worldwide recognition.

MONOLITHE is now getting ready to unleash the last instalment of its epic saga: “Monolithe IV”, which will spread around the world in late 2013.

Alongside this new single-track album, the closure of a saga that started exactly ten years ago will be celebrated with the reissue of the entire MONOLITHE back catalogue through Debemur Morti Productions. “Monolithe I”, “Monolithe II” & “Monolithe Zero” (including “Interlude Premier”, “Interlude Second” and bonus material) will all be made available once more including enhanced and congruous artwork.

ABYSSIC is a unique symbiosis of atmospheric approaches in funeral death/doom as well as in the seventies progressive scene. The signature is enhanced by cinematic orchestrations in a seamless mosaic with Mellotron and Minimoog and the Majestic visual approach with Memnock on upright bass Live.

ABYSSIC is a result of a collaboration between Memnock (Susperia), Elvorn (Susperia) and André Aaslie (Images At Twilight, Funeral & Profane Burial) and together with Asgeir Mickelson (God of Atheists, Ex-Borknagar, Isahn, Spiral Architect, Sarke, Testament (Live)) they recorded the debut album ‘A Winter’s Tale’ in February 2016 (Osmose Productions).

Since 1997 Jaws The Toothmaster and Yvan Deathrites have been the pillars of Juggernaüt, a heavy stoner metal band in Tournai (Belgium).
In 2007,they form DOOMFORGE and play some gigs as a trio in the regions of Tournai and the north of France.
In 2013, they get a new guitar player ,Quentin the Wizard, and later,Eric The Warlord at organs and keyboards, and Wen Diamond as additionnal singer.
The musical eclecticism of the members is feeding the music of DOOMFORGE in a particular way which is influenced by doom metal in all its forms,as well by heavy metal, seventies and prog rock music.
The lyrics are inspired by the darkness of humans mind all over the ages illustrated by tories over human sacrifices,funeral rites and demons’s worshipping.

ALL YOU SINNERS JOIN OUR LINES OR DIE BY THE BLADE OF THE DOOMFORGER!